“Since 2018, we scaled as a company and Xray is still a valuable tool for our organization. We are still productive, and we didn’t have to change the tool just because we scaled from 100 to 400 people within 4 years.

Dashlane is a web and mobile app that simplifies password management for people and businesses. Dashlane empowers organizations to protect company and employee data while helping everyone easily log in to the accounts they need.

400 team members across Paris, New York, and Lisbon are united by a strong sense of community and passion for improving the digital experience. Over 15 million users and 20,000 businesses in 180 countries rely on Dashlane for a simpler and safer life online.

In 2018, Dashlane was scaling rapidly and they needed a new test management solution to meet their growing demands to release the highest quality software that millions of users rely on. Here’s why they migrated from Zephyr to Xray.

Prior to Xray, Dashlane used Zephyr and had limitations with the way they organized tests, poor support, and lack of integrations for automated testing. The QA analysts didn’t have the ability to see the test automation results in the test management tools, creating siloes and a lack of visibility.

Dashlane also didn’t have a centralized place for their testing which created siloes between the testing teams and the developers. Zephyr also lacked support for Cucumber and Gherkin tests, which held back their automation efforts. They also lacked key issue types like test plans and test preconditions which limited their test management.

“With Zephyr, we were using Jira issue types to write test cases, and in terms of tracking, it wasn’t great, coverage, traceability, we were struggling with Zephyr, ” says Sagar UDAY KUMAR, Automation Manager at Dashlane.

The top challenges Dashlane experienced with Zephyr were:

As Dashlane scaled, they needed a tool that would meet their growing needs for better test management and quality.

“We looked at a few tools, and we thought Xray was great, we reached out to support and had a few sessions with the Xray support team. We also did a comparison with Zephyr and it turned out Zephyr was more expensive than Xray.”

Dashlane decided to migrate to Xray for an overall better test management experience knowing that Xray integrates with Jira, has better support for automation, more QA metrics, better organization capabilities, and an even more robust and customizable way of organizing testing and test management.

Their main criteria for the new test management tool were:

After doing a head-to-head comparison between Zephyr and Xray, Dashlane decided “yes, we need to go with Xray.”

Overall it took 3-4 months to complete migration and to onboard the whole company with the new tool. Dashlane had internal training sessions, as well as informal sessions to discuss the new QA process. The team also created a dummy project, to allow everyone to try the tool and get comfortable using it. To migrate their data, they hand-picked the test cases and moved them to Xray, starting with a clean slate.

Since Xray brought new features to their testing infrastructures like the test plans and pre conditions issue types, they had to discuss and decided how to organize their new QA process.

Now, Dashlane’s testing and QA process with Xray is organized and easy to manage. In their development and testing lifecycle, Xray is used from the very start of sprint planning and test case creation. The seamless integration with Xray and Jira allows for anyone in the company to use Xray and contribute to Quality.

Dashlane has a quality engineering team of 30 people, separated into 2 subteams, the QA analysts and Automation Engineers. The QA analysts work with the development team, creating the test plan and test cases while the automation team focuses on the framework, the tooling, and the pipeline.

Dashlane makes multiple releases per environment on Android and iOS, and its goal is to automate as early as possible to save time and catch possible bugs at the earliest stage. Xray has allowed them to shift left and streamline their QA process while working with lightning speed to make bug-free releases.

Now it’s been 4 years since they adopted Xray and the benefits of choosing new test management are evident:

1. Easy to define and customize the issue types

Xray has the same logic as Jira, making collaboration between different teams using Jira and Xray, easy and seamless. Testers attach a test execution to a bug in Jira and developers can see that their requirement is covered or failing. W a couple of clicks you can have a link between the issue and the tests and you can provide the traceability around that.

2. Increased awareness about coverage and traceability

Using Xray, they know where they have full visibility over their coverage and where they may have gaps in testing, showing them where they can improve. With test cases linked directly to requirements, they also have full traceability into the coverage and are always aware of their readiness to release.

Xray helps Dashlane track relevant QA metrics; what they cover during each release validation in terms of both manual and automation, which they were not able to measure earlier, and a breakdown of their coverage per feature. They use the dashboards in Jira and use the Custom Charts gadget to visualize their data.

From 100 to 400 employees, Xray scaled with Dashlane’s unprecedented growth

“With Xray, we have more collaboration between the manual and the automation team. Xray helps us build a centralized base so we can know the status of everything and helps our teams improve on quality.”

Since 2018, Dashlane has relied on Xray to create a seamless and collaborative process for testing and quality assurance to ensure they release the highest quality software.

With over 15 million users relying on Dashlane’s password management system, the company constantly innovates and improves their software to ensure a safe and reliable experience for their users.

As the company grew 4 times in size since 2018, Xray scaled with their growth and allowed Dashlane to easily onboard new team members, scale their testing, increase automation and gain powerful insights into their QA metrics. 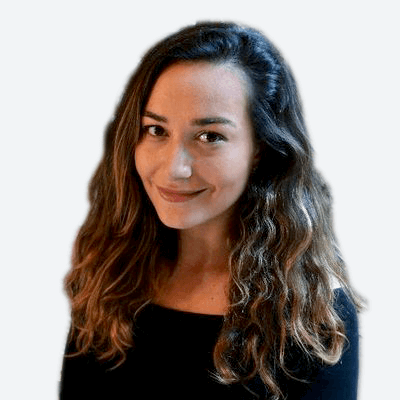 How to Use Xray for Risk-Based Testing