How to build a mature Test Automation Framework

If you’re feeling the pressure of delivering higher quality software at a faster pace, you’re not alone. Quality teams everywhere are experiencing a push from stakeholders in order to stay competitive.

Fortunately, DevOps and its components, Continuous Integration and Continuous Development are a way to speed up the rate of delivery by integrating all of the software development functions together, including testing.

Automated testing is one of the most important parts of any CI/CD pipeline because it ensures that testing is reliable, fast and integrated. Without proper automated tests that run fast and have good coverage, there can be no successful DevOps workflow.

In this post, you'll learn how to build a mature test automation framework to leverage a DevOps workflow and increase the quality and speed with which you deliver software.

Automation will provide you with the constant feedback you need from a build > test > deploy process. In order to do all of this properly, testing must account for the different environments and manage them accordingly. This quickly becomes a significant effort and could require one or more team members to be involved full-time in that effort.

DevOps won’t eliminate the need for skilled infrastructure staff, but automation will allow staff to be much more effective. Automation reduces manual effort through repeatable and stable processes.

Building the Infrastructure for Testing Automation

Also, to be able to give feedback efficiently we need to account for the test data that we’ll be using. Good test data is critical to any deliverable program. Real-world data is hard to model, difficult to build and very hard to store as an asset.
Because of the amount of effort, Test Automation in DevOps is a great help since we use Continuous Integration to handle extremely complex workflows.

Keep in mind that good automation softens the test managing difficulties of handling the different environments and deploying code into the correct places.

As well as with the development code, test automation must follow good coding practices and standards. When a framework is put in place, it should be treated as a software development life cycle in itself. It will provide reusable components for the teams to effectively create automation tests, specific to their needs.

When you apply solid design to automation code, you ensure that teams get the best value out of test automation. Well-designed automation code is important, as it becomes simpler to continue running and improving the system consistent with automated testing.

Closing the loop on DevOps, Continuous Integration and Automation

As you can see, building a mature testing automation framework takes time but is well worth it in the long-run. With well-implemented automation, your team can focus their effort on actual testing.

Xray is a test management tool which directly integrates with the leading SDLC software, Jira. When your development and test teams work in the same tool, you’ll never deliver broken or untested code again. Our REST API and integrations with automation frameworks like Cucumber, Selenium and JUnit, make it easy to build your CI/CD pipeline.

By automating your testing, you can achieve the speed and agility that DevOps provides. Download our eBook - Delivering better software using Test Automation - and see how you can integrate your development and testing within one collaborative tool-set - Jira and Xray. 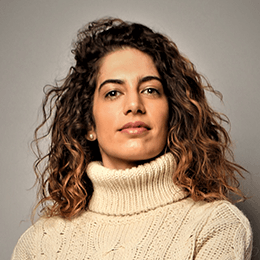 How to approach quality reporting for QA Managers

Generate and track in-sprint tests with Xray and Test Modeller

The top 5 software testing trends of 2022