Generate and track in-sprint tests with Xray and Test Modeller

As complex applications change faster than ever, testers must create, prioritize and maintain tests with greater speed and velocity than ever before. In-sprint testing cannot rely on slow and manual test case creation, and maintaining repetitive scripts manually becomes impossible in short iterations. Testing requires an automated and systematic approach to test creation so you can reliably update tests based on the latest changes.

The Xray -Test Modeller integration generates and maintains optimized test cases, scripts and data from quick-to-build flowcharts, targeting testing to find bugs while they are quick and easy to fix. Pushing the optimized tests to Xray ensures that every team knows what tests need to be run and when, while providing full visibility across the software testing and development lifecycle.

The main benefits of the Xray and Test Modeller integration

There is also no time in short sprints to execute every possible test, but testers often lack a reliable or systematic method for reducing test volume. Repetitive tests instead focus on expected scenarios, while out-of-date tests and inaccurate data create time-consuming test failures. To release fast-changing systems in short sprints, testing must be rapid, targeted, and reactive to change.

With Xray and Test Modeller, cross-functional teams can test rapidly changing systems in short sprints and confidently deliver quality software with every release.

Test Modeller rapidly generates the rigorous tests needed for in-sprint testing, and synchronizes them with Xray to ensure that every test needed is run before the next release. Intuitive visual flowcharts generate optimized test cases, scripts and data, feeding them into Xray for rigorous and traceable testing.

Test Modeller provides a range of accelerators to rapidly build up-to-date flowcharts of fast-changing systems, and imports test cases, automated tests, user stories, and more. Automated coverage algorithms then create the smallest set of test cases needed to cover the modelled logic, while risk-based test creation targets testing based on time and need. Finally, optimized tests are then exported to Xray and the test automation frameworks which run the tests required in-sprint without the delays caused by test creation, data provisioning or maintenance.

Paths generated from up-to-date flowcharts in Test Modeller become test cases in Xray test suites. With easy-to-configure field mappings, any data in the flowcharts can be pushed to default and custom fields in Xray issues and test steps.

The integration between Xray and Test Modeller provides:

On May 18th, together with Curiosity Software, we hosted a webinar called “In-Sprint Testing: Aligning tests and teams to rapidly changing systems.”

In the webinar we covered:

Register to watch the recording

About Test Modeller and Curiosity Software

Curiosity was the first company to launch an Open Test Platform. Their goal is simple – don’t test when you don’t have to. With data-driven insights into the impact of change, Curiosity expose the fastest path to validate your changes in-sprint and with complete test data. 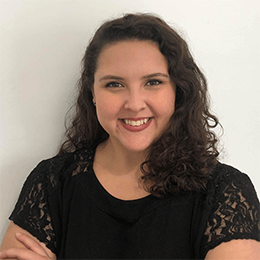 Natasha Lima is a Channel Marketing Specialist at Xray. She works closely with Xray Partners to help them achieve valuable marketing success and accelerate business results.

How to use data-driven testing to clean up your tests

The top 5 software testing trends of 2022